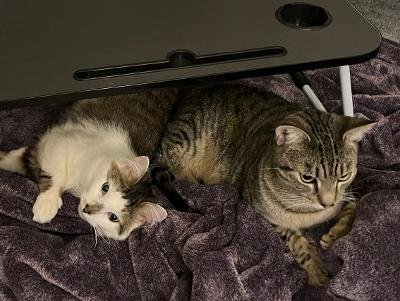 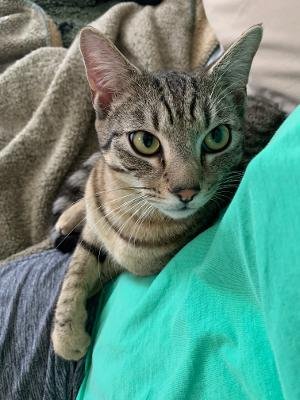 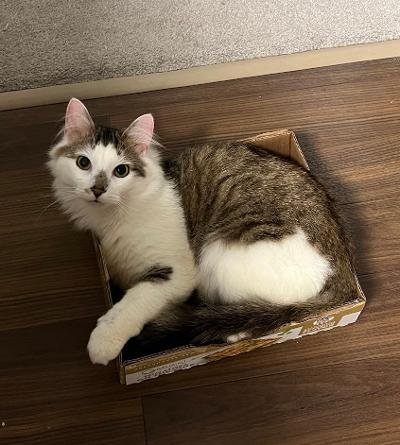 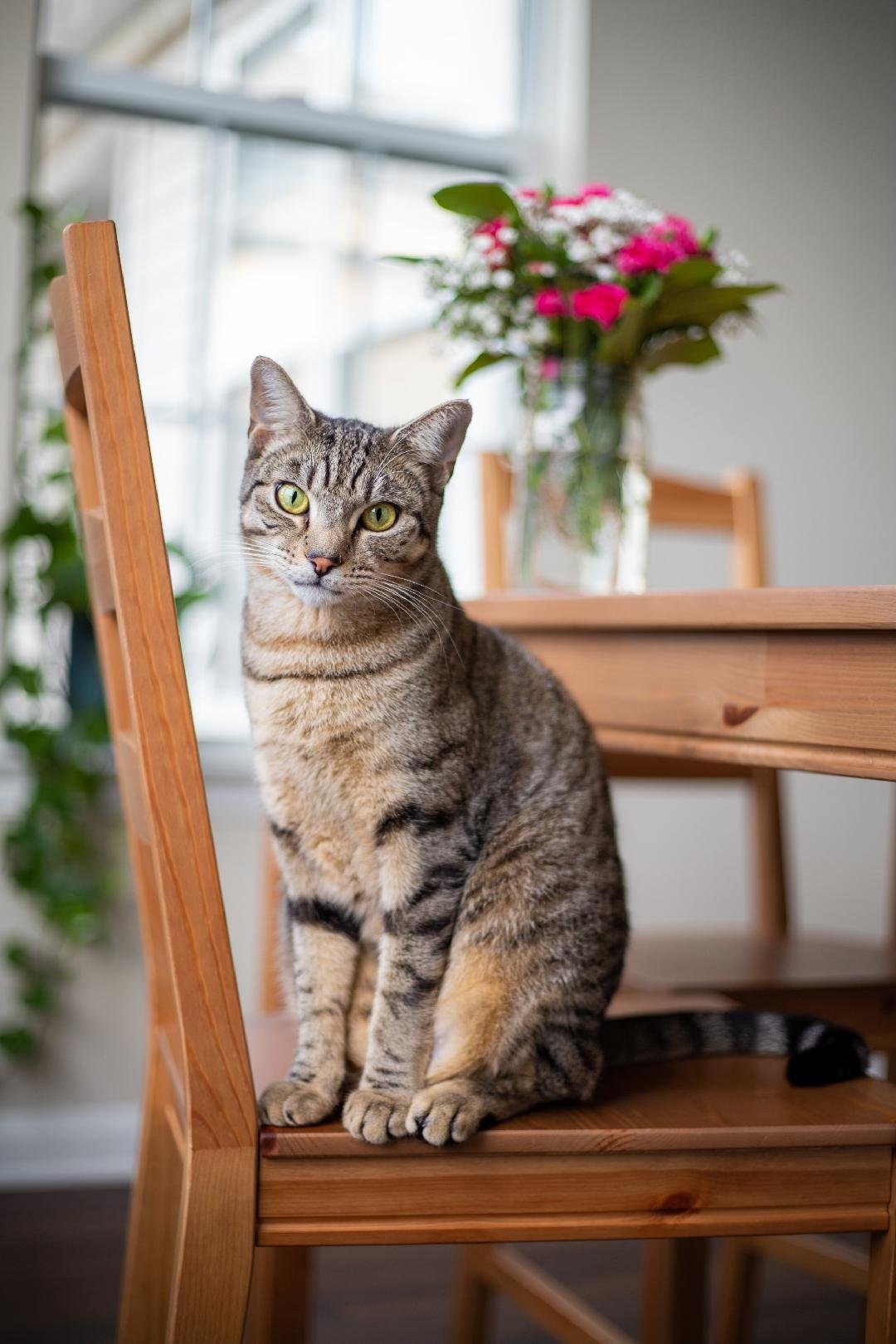 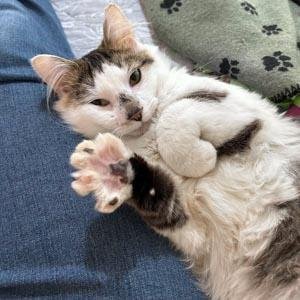 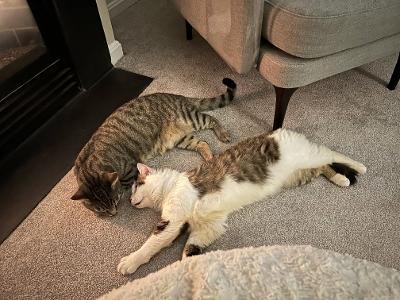 Sammy and Paco were recently paired up and behave like brothers. They love to play chase with each other, wrestle and cuddle up together. Toss them a toy and they play with it until they get bored and look for something else to do. These boys are bonded and need to be adopted as a pair.

SAMMY (brown tabby, short-haired) may take the prize for the sweetest tabby cat on the planet! He has the cutest big eyes when he looks up at you just begging to be loved. Sammy is a lap cat who adores curling up on your lap or beside you while you are reading or watching TV. He also loves to snuggle up with you at night. So allowing Sammy to sleep in your bed at night is a must. Sammy is also a typical boy who likes to play but he's not overly rambunctious. He gets the zoomies in the evening when he loves to race around with his tail up in the air.

PACO (brown and white tabby, medium-haired) is a sweet, playful and affectionate boy who loves to greet you. He meows until he thinks he's gotten enough attention from you. He loves batting toys around, climbing cat trees, and looking out windows. But what he likes most is being with his people. When he's not just hanging out with you or playing, he loves to cuddle up by your side.

What Type of Home Sammy and Paco Need

These boys will do well in a variety of different types of home. What's important is that they get plenty of attention from their humans. And having room to roam around and explore would be a plus. They haven't been exposed to kids but would do just fine with an older child or two.

Where Sammy and Paco Came From

Sammy and Paco came to us separately. Sammy was abandoned outdoors along with his sister, Sabrina (adopted). Paco was a stray kitty who showed up in someone's backyard looking for food and a refuge from outdoors. Both are happy to now be living a good life indoors and just need a home of their own.