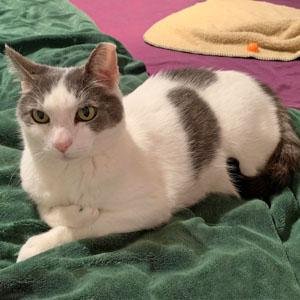 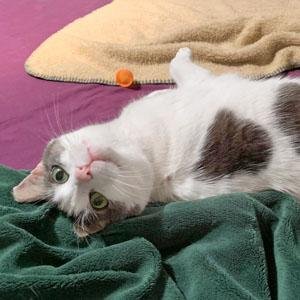 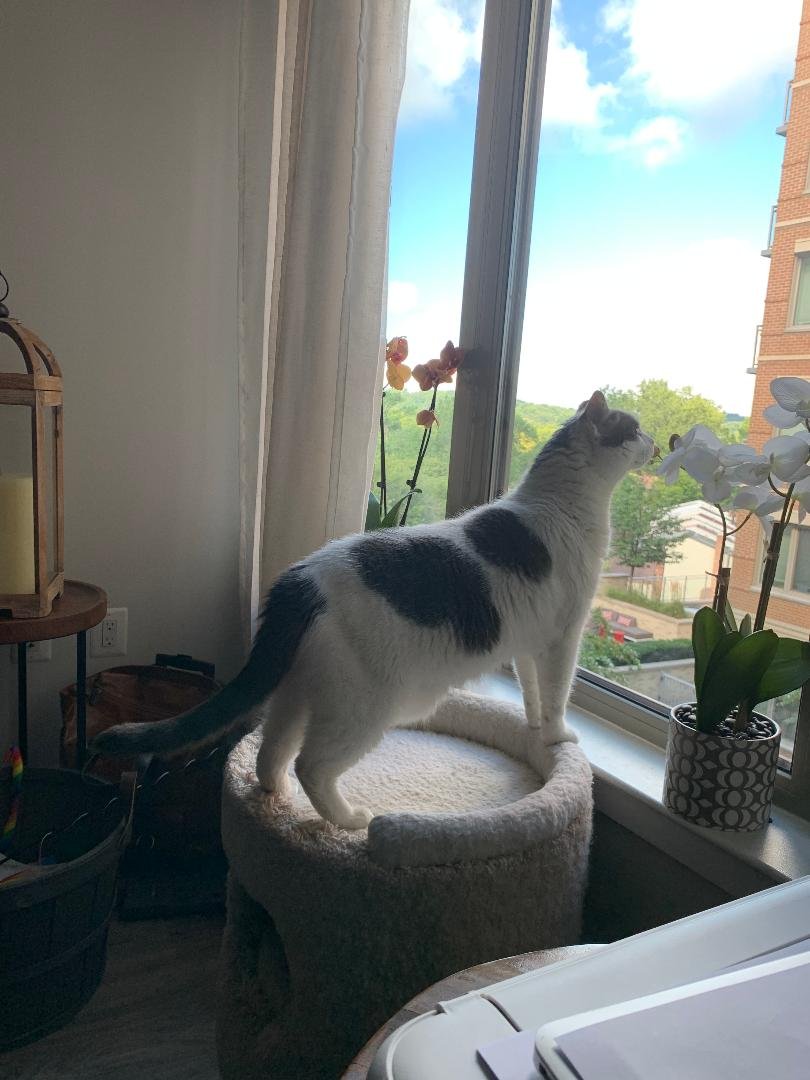 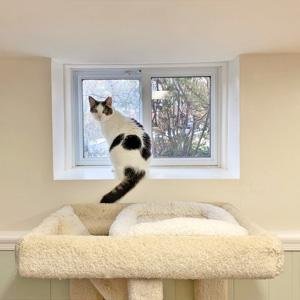 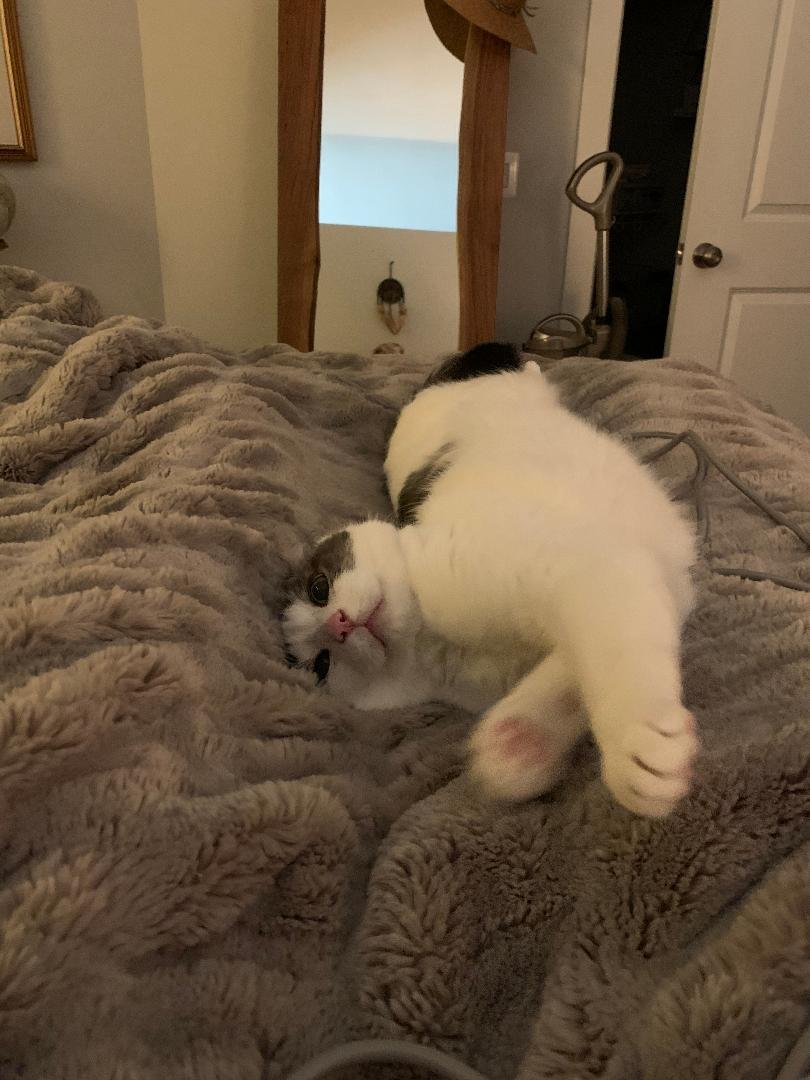 Prince is a big grey and white kitty with very soft fur. He is very sweet, but also shy. He needs a kind, gentle caretaker who understands he will need time to adapt to a new person in a new home. Once he trusts a new person, Prince bonds well with his caretaker and becomes your local companion. He will be shy with guests in your home, preferring to retreat to a safe spot. Once they are gone, he quickly reemerges to reclaim his person and space in your home.

Prince LOVES to be brushed and petted…purring up a storm when you do this. He also purrs when he sees you, when he's laying next to you on the couch, or just about any time he's happy and feels loved. Be prepared for a LOUD purr motor! Prince can also be very talkative and responds when you with a cute meow when you call him or talk to him.

Prince is a little playful when he's in the mood. He LOVES the laser pointer and doesn't seem to get annoyed that he can't actually catch the red dot! Prince needs some dedicated playtime each day to keep him active. He also sometimes responds to you waving a wand toy on the ground and likes to kick a catnip filled toy with his back paws.

What Type of Home Prince Needs

Prince will also do best as the only cat in your home. He co-existed with another friendly, low-key cat in a previous foster home but made it clear he preferred to be the center of your attention. He could co-exist with another low-key cat, as long as the cat was independent and didn't want much attention from you.

Where Prince Came From

Prince came into our care after we were contacted by a kind woman who had been feeding him outdoors. She had seen Prince hanging around outside her ground-level apartment and discovered, after talking with neighbors, that Prince use to live in her apartment and was abandoned when the previous tenant moved. Hard to believe a person would be so cruel to just leave this sweet cat outdoors to fend for himself!